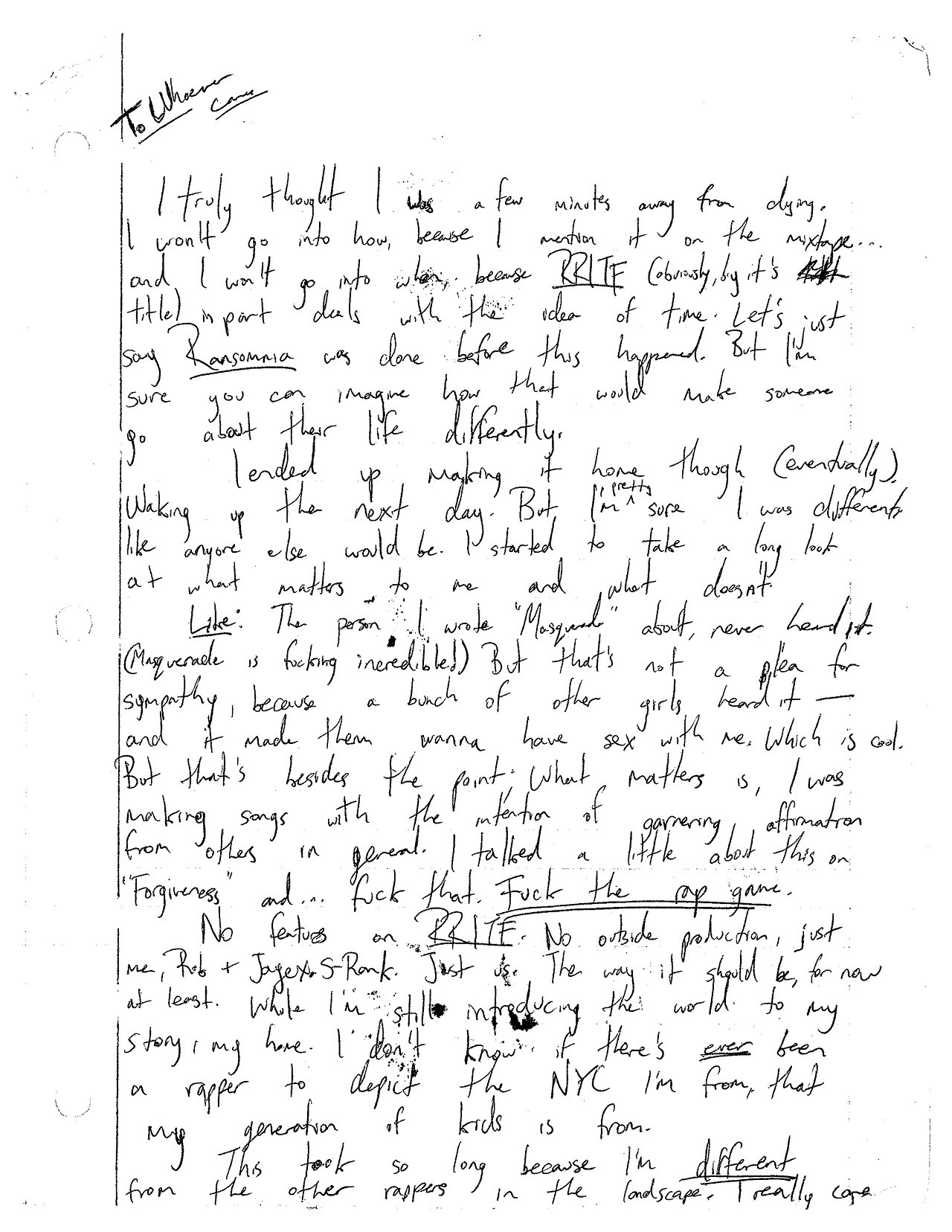 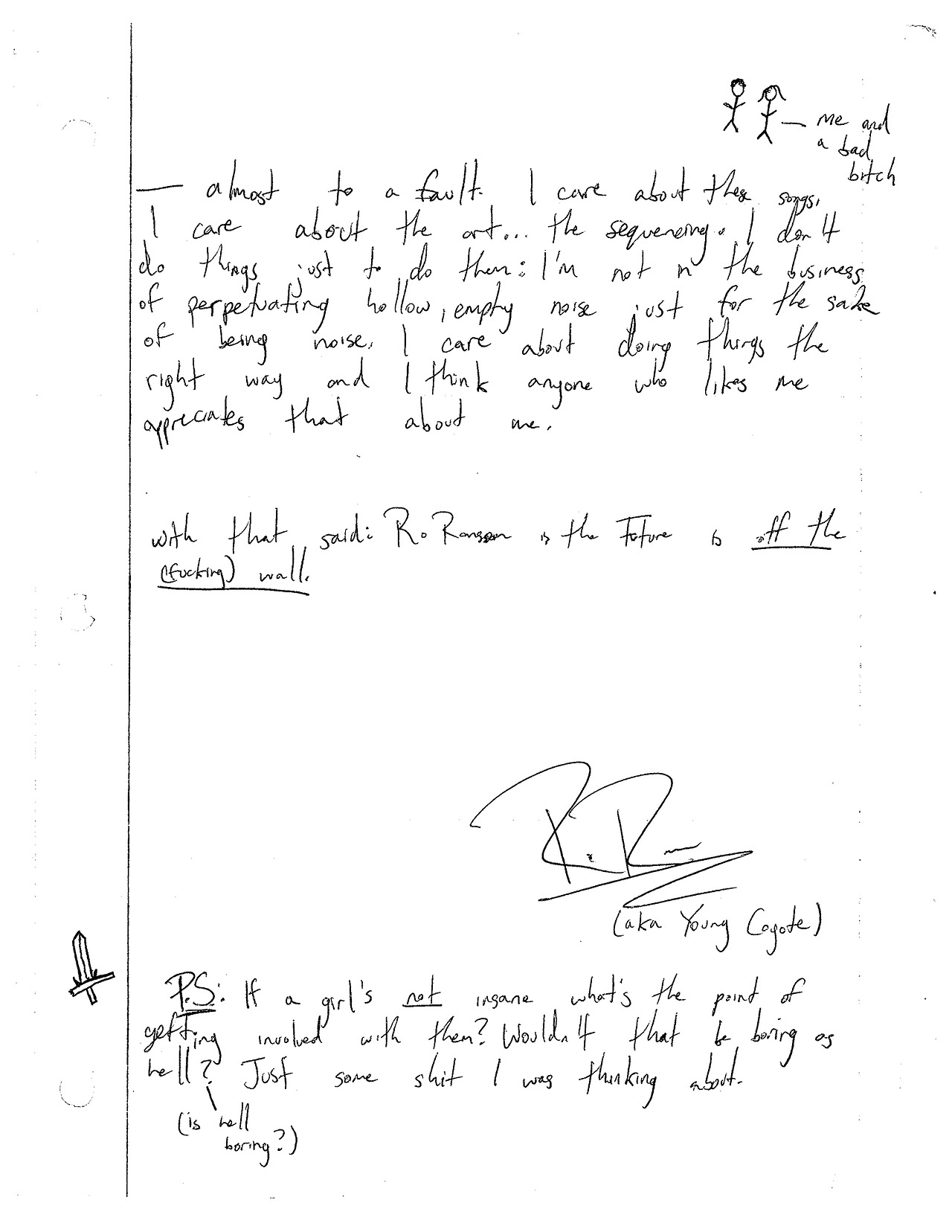 I truly thought I was a few minutes away from dying. I won’t go into how, because I mention it on the mixtape…and I won’t go into when, because RRITF (obviously, by it’s title) in part deals with the idea of time. Let’s just say Ransomnia was done before this happened. But I’m sure you can imagine how that would make somebody go about their life differently.

I ended up making it home though (eventually). Waking up the next day. But I’m pretty sure I was different, like anybody else would be. I started to take a long look at what matters to me and what doesn’t.

Like: The person I wrote Masquerade about never heard it. (Masquerade is fucking incredible!) But that’s not a plea for sympathy, because a bunch of other girls heard it —and it made them want to have sex with me. Which is cool. But that’s besides the point; what matters is that I was making songs with the intent of garnering affirmation from others in general. I talked a little bit about this on “Forgiveness” and…fuck that. Fuck the rap game.

No features on RRITF. No outside production, just me, Rob and JayeX. S-Rank. Just us. The way it should be, for now at least. While I’m still introducing the world to my story, my home. I don’t know if there’s ever been a rapper to depict the NYC that I’m from, that my generation of kids is from.

This took so long because I think I might be different than some of the other rappers in the landscape; I really care — almost to a fault. I care about these songs, I care about the art…I care about the sequencing. I don’t do things just to do them; I I’m not in the business of perpetuating hollow, empty noise for the sake of being noise. I care about doing things the right way and I think anybody who likes me appreciates that about me.

With that said, Ro Ransom is the Future is Off The (fucking) Wall.