According to the good folks from SoleBlvd,, Pony has cancelled their signature shoe series with Rick Ross because of his sketchy past and they don't want that whole "eff the pigs" type backlash. At the same time, we have the three colorways of this shoe after the jump but lets be honest. I'd rather have a DJ Khaled alarm clock than put his face on my shoes. 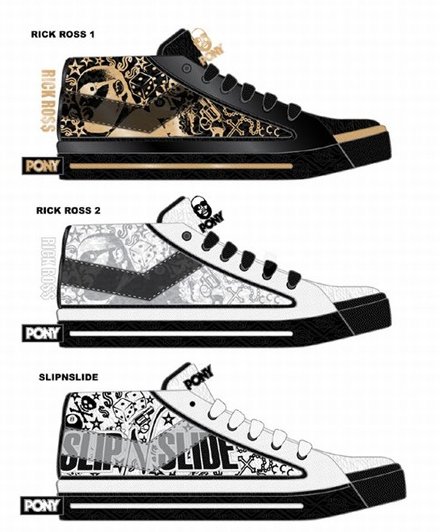