Today, powers-that-be over at the Pemberton Music Festival have announced their 2015 lineup. Performances at this event will include artists such as Kendrick Lamar, J. Cole, M.I.A., Skrillex, Diplo, BADBADNOTGOOD, Missy Elliott, Earl Sweatshirt, and more. This festival goes down on July 16 through 19th in Pemberton, British Columbia. Tickets will be available on April 3rd at the event's website. Peep the full lineup below. 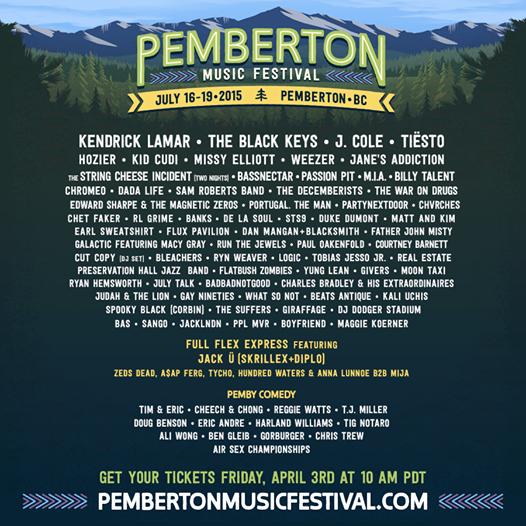