As you all know by now, the highly anticipated Viva La Hova is dropping this evening right here at illRoots. In just this occasion, I found it extremely fitting that we sit down with the two music aficionado's behind such a profoundly conceptually driven project and unearth the roots to which these two found such an idea.illRoots.com: First I just got in and read that recently you sent a rough copy of this to Jay-Z assistant and found out that Jay not only heard it but liked it. I have to ask is there any word from Coldplay and their opinions on the project?
Mick: Not as of yet, but I'm confident with Chris Martin being the progressive music fan that he is... he will check it out. We have received a lot of interest from the Coldplay fan sites, however...which is really cool.
illRoots.com:Explain to me the significance of the entire project, and if you could go back and change one thing what would it be?
Mick: Well... it's just a really cool concept... Jay and Chris represent all that is right with modern music and art... and have collaborated a few times in recent years to great results. So why not extend that concept over an entire album? I thought when Danger Mouse did the Grey Album, it was just remarkable. And while I didn't like every song on there, when it was on, it was absolutely some of the most amazing stuff I had heard. Same with the Jay-Z/Linkin Park project. When it was in sync, it was amazing... like their "Encore" mashup. So we tried to take a collaboration that was already organic and make it real... and also extend that quality level throughout the entire project.
Terry: A lot of artists reached out to us about being part of it as well... contributing guest verses and stuff but we didn't feel it fit the schedule and concept of this project. But if we could have made it happen, that would have been cool.
illRoots.com:The most arduous part of putting this mixtape together was....
Mick: Just coordinating everything in a short amount of time. But a lot of producers that we work with were more than happy to listen to our ideas and create things that we requested for the cd. Actually a lot of producers we have never worked with reached out to us in hopes of being on this project... which was really cool.
illRoots.com: How long did this take to put together?
Mick: Couple weeks... give or take. It was pretty much done a week ago, but we definitely wanted to take some time to tease it... and get people excited about it. It's been a lot of work.
Terry: I can't wait to not talk/see/call/IM Mick for a week or two now. [Laughs] 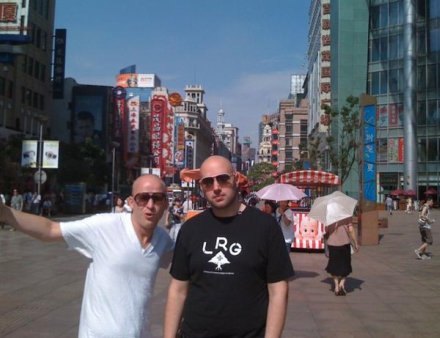 illRoots.com: Out of of every song on this tape give me one song that sticks out as one of your favorites and why?
Mick: I have two. One is "The Reverse Fix" which is my first ever production. Usually, I have so many things I'm involved with that I outsource all the production on my projects and just Executive Produce/A&R the overall musical score. But I figured this would make a great introduction into something I want to get into more... and that is production. Also... I love the Lost Part 2 blend I did. It's one of the very few songs on the project that's not a recreated/reproduced song. It's the import version of Lost... acoustic and piano only... and Chris singing. But there was a breakdown in there which left room for me to add some Jay-Z verses. I mixed in "Momma Loves Me" which was my least favorite song on "The Blueprint" and the mood and emotion it creates essentially takes both songs to a whole new level.

Terry: I love The Kickdrums remake of "Homecoming" and "Heart Of The City." They are respected producers who are now moving into the artist realm... and their recreation of the Chris Martin hook on "Homecoming" is amazing.
illRoots.com: We see the transition of rappers going into more melodic singing and almost alternative sounding, which emcee do you see next to pick up the mic and start singing? ( I personally think Project Pat would be hilarious but whatever.)
Mick: My man 88 Keys was just telling me... he has some singing stuff coming up on his project... so maybe he is next. I would really like to see an album with Baby The Birdman covering some Sinatra, though... that would be dope...[Laughs].
illRoots.com: As well you stated that Coldplay was following in the lineage of such great rock bands as U2, if you could pick one up and coming artist which one do you feel is following in Jay-Z footsteps the most and why?
Mick: Kanye has been that dude who has followed Jay's trends of unique artistry, worldliness, fashion, and overall (i hate this word) swagger.
Terry: And as far as newer artists, we really like people like Mickey Factz, Naledge and Kid Cudi. They have a fresh new sound and vision, and capture the new spirit of youthful hiphop.
illRoots.com: You have a website for this... VivaLaHova.com.
Mick: Yeah.. well, it's really an offshoot from our blog...which is becoming more and more popular by the day... PressPlayFashionForward.com. But we wanted to give people a central place to read the updates, the press, get the download, etc. So we created an offshoot blog...and there it is. Good marketing is key. As IllRoots undoubtedly knows!
illRoots.com: The cover is very clever. How did that come about? 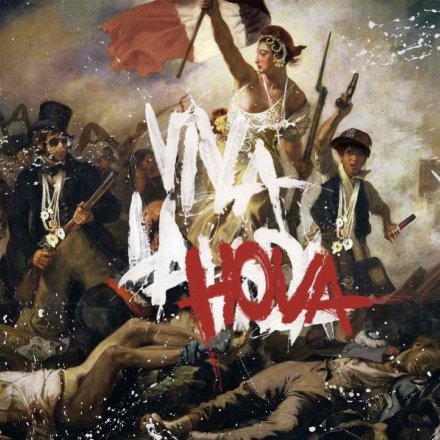 Mick: Well, with the title we had, using that image was kinda essential. So our man Glen (shout to Hotcards.com) hooked it up and really personalized it.
Terry: If you really look at it, there are so many cool and clever changes that he made.
Mick: I'm still looking for Waldo...lol.
illRoots.com: Word Association.
Mixtapes
Mick: Dead. Conceptual digital projects is where it's at. It's all about connecting in new ways with fans of the deejays and fans of the artists.
Jay-Z
Terry: A game changer. A revolutionary. The guy is as much a foreign diplomat as he is an emcee.
Coldplay
Mick: What U2 was to the 80s, and the Chili Peppers were to the 90s... Coldplay is to this generation. Amazing.
Hip-Hop
Terry: If you really look around you can find dope stuff.
Viva La Hova
Both: Classic!!!
illRoots.com: So over the years you guys have made quite a name for itself, seamlessly adding more and more onto your catalogues, with this project being helmed by the two of you and your team of producers, what is next?
Mick: Lots! More A&R and consulting. More cool conceptual mixtapes. A few digital deals with progressive record labels are being discussed. Mostly though, I'm focusing on my deejaying and traveling. I love traveling the country and world rocking parties from city to city, state to state, country to country. It's the thing I'm most enjoying right now about my career. 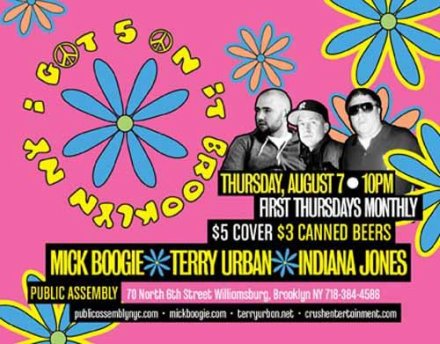 Terry: We are also working on expanding our 90s party... "I Got 5 On It" to other cities and states... and making it a traveling event. We already do it monthly in Cleveland and Brooklyn, and soon will be starting monthlies or one-offs in Manhattan, Boston, Chicago, and Montreal. So that's kinda fun. Also, I'm working with some of my favorite clothing brands on projects bridging hip-hop and skateboard culture.
illRoots.com: Thanks to you both for the conversation and if you are in our neighborhood and would like a dash of good music in your life, please come back later this evening as we are serving a dish of greatness aptly titled Viva La Hova.
SPONSORED BY:
COMMENTS