It’s imperative I bang on something or play something on a consistent basis. Not because I’m fearful of getting rusty, but because it's a major part of my life. There’s no doubt in my mind I’ll be making music, in some capacity, my entire life.

illRoots: What's up man?
Marcus McFly: Peace fam. How are you?
iR: Good, good. Do you have any new music coming?
MM: Not in the immediate future, but I've been working on the EP behind closed doors. So I should have some demos wrapped soon.

iR: What kind different genre’s do you bump?
MM: Man I’m all over the board. My guilty pleasure of the moment is Katy Perry. I rock with A Cursive Memory, Anberlin, anything on Drive Thru Records or Decaydance, Danger Radio, From First to Last.
iR: I need schooled a little, I guess. I bump some Bad Brains, Adolescents, Agent Orange, Black Flag, that type of shit punk-wise.
MM: See you’re on that deep rooted shit. I dig it though.
iR: I usually give a spot in my ears to Hip-Hop at least every week. Soul, Jazz, Funk, Rock, Electronic, Afrobeat, these genre’s are usually secondary.
MM: I mean hip-hop is love, but yeah my likings go all the way from Kane all the way to Hall & Oats.
iR: Would you say that you make music more than you listen to it?
MM: I usually try to make more than I listen, but it fluctuates. It's all cyclical. I go a couple months not listening to much radio at all and just create what I feel, sometime I get influenced by what I'm hearing, it just varies.

iR: Do you plan on touring soon?
MM: Without a doubt, that's my favorite part of this music machine, performance. Each performance is like a job interview to me. It's like that's my one shot to prove relevance and personal significance to a complete stranger. 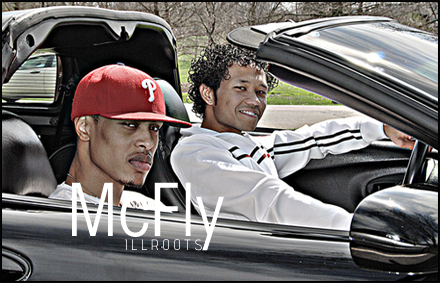 iR: When did you know you wanted to become a rapper?
MM: You know it’s crazy when I first started I wasn’t even making hip-hop music. My father is a new age/jazz keyboardist. So you know I’ve always been influenced by the Chick Koreas and the George Dukes out there and I was raised in the church. So you know I loved gospel musicians. Not artists, but musicians like Moses Tyson (organist). I praised percussion man. Omar Hakeem, Dennis Chambers, Sheila E, totally non-hip-hop. When I was 6 my father would toy with me on the piano until I picked up on theory and what not. Then I moved to drums and from drums to production, from production to songwriting, to guitar. It was just a process.
iR: Do you still do instrumentation?
MM: Absolutely. It’s imperative I bang on something or play something on a consistent basis. Not because I’m fearful of getting rusty, but because it's a major part of my life. There’s no doubt in my mind I’ll be making music, in some capacity, my entire life.
iR: What made you go into Hip-Hop as a recording style?
MM: Hip-Hop was something I always wanted to do. I mean I used to make beats. I used to produce for other cats. Local cats and what not and I would find myself living vicariously through them. I was the chill nerdy kid pressing buttons at the console recording the rappers of my area always thinking to myself that I wanted to be the guy in front of the microphone instead of behind it.
iR: You just handed them beats or did you go in the studio with them?
MM: I would sit in on sessions, work the boards, and offer writing tips and what not.
iR: Who are your main influences within Hip-Hop?
MM: recently I've been listening to a lot of the artists within my circle. Artists like donnis, hollywood holt, ced hughes, wil may; I'm influenced by a lot of what they're doing right now because it makes sense to me. we're all at similar stages within our artistry so we can all share this sort of vicarious approach to music.
iR: How do you feel about producers who make beat tapes and send them to 50 different studio's with there head between their legs?
MM: I feel like when you make such a commitment to make a demo, you have to take yourself very seriously. You can’t half step it and in that you can’t have a sense of fear. If you’re confident enough to put that tape in the mail- you should be at a point within your artistry that warrants great opportunity you shouldn’t be fearful or apprehensive at all. Music without technique will be music essentially- but technique is what makes it stand out, but in the same breath a lot of cats get in their own way with bullshit rhetoric and technique and ruin a potentially beautiful record.

iR: Yeah, you don't need to be a genius to make a good song, lightning strikes sometimes.
MM: True, our industry's present condition is a reflection of that.

iR: I think that you should have some kind of skill, but art really shouldn't be judged by how good an artist can fit the mold.
MM: I look at music just like visual art, so it’s funny you say that and it’s even funnier that we talk about skill. Jean Michel Basquiat is the perfect example of that. He was so progressive, but didn’t let his skill get in his way. It was an amazing dynamic.
iR: I'm not really up on his stuff. Is he your favorite?
MM: He’s my favorite in so many regards. Visual art, music, fashion
iR: Right now, I am feeling this dude C215. He’s a Stencil artist from Paris. The characters he creates are amazing.
MM: I was just telling 4Five, I’m an animal for stencil art man, but yeah man check Basquiat out, you wont be disappointed. He was a heavy drug abuser, but the things he would say would give you chills. 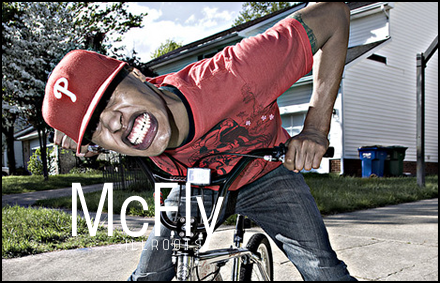 iR: How do you think its worked out that, in most situations, drugs can be almost helpful to artists?
MM: See here's the thing, and this is just my philosophy, It's not the drug. It's your mind. Every person's mental facility is entirely different.
iR: I can agree with that, basically they don't necessarily have that addictive trait. I'm straight edge and I'm not trying to change that either.
MM: I commend that, truly. You know whats interesting too, and what I'm really appreciating is that living straight isn't just for the scene kids anymore.
iR: Not to mention the fact that they usually aren't straight edge to begin with.
MM: Ain't that the truth. Identity is something serious today, man. I don't blame the children though. I blame our culture and our society.
iR: I don't necessarily think that it's just today that this was going down though, if you look through the past, artists like Lord Byron or Percey Shelley from the Romantic Ages were dealing with similar situations and their pleading went out on dead ears.
MM: As crazy as it sounds, I feel like for the past few years we've been in a romantic period of sorts within direct regard to our music. Think about it, are we not driven by emotion and exaggeration today? just as they were during the 19th century. I'd even argue that commercial too is going through its romantic phases. During that period, people had such an insatiable hunger for something new and something more, something innovative, and something progressive. I'm not going to say we're there yet, but close.
iR: That is something I never really looked at, but now that you point it out it's clear as crystal. I'd like to see something come out of this observation. It's time to wrap this thing up though, its been great. Do you have any shoutouts?
MM: space club, murder club, glee club, rebel music, electric haze, dodiet, lunchbox, sunshine, everyone else absent with words but in mind all the same, catch you cats on the next drop.

For more on Marcus McFly you can visit his Myspace, or his tumblr.
SPONSORED BY:
COMMENTS