There's no hiding the fact that California played a major part in some of 2014's best rap music. So it makes sense that The Source reached out to three of the West's major players including, DJ Mustard, YG and Ty Dolla $ign. The cover can be seen above and wittingly plays on how the three artists emerged from rookies to some of rap's most influential artists this year. Check out the alternative cover below, and look for the magazine to hit newsstands December 23rd. 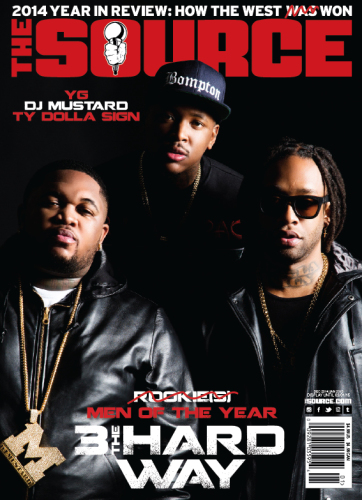