Earlier today, Logic took to his Twitter to announce that he will be hitting the road on The Under Pressure World Tour. In support of an already successful showing and response of his debut album, this tour is scheduled to kick off at the end of January, traveling through the United States and Europe before concluding in April. Tickets are scheduled to go on sale December 5th. Logic's album Under Pressure is in stores now. Peep the full run of dates below. 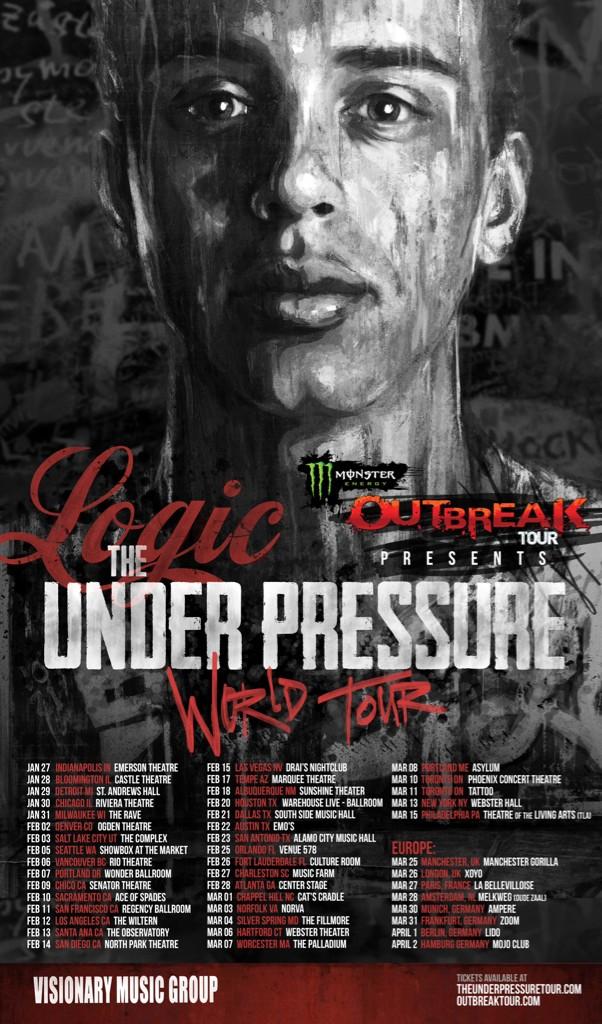